Congratulations to JPWAVE for his winning photo titled “Lady Bugs’ Picnic!” that he described as “Somewhere…in Southern MD, there’s a ladybug picnic happening right now!” We also offer a big thank you to everybody who participated in the February 2018 photo of the month contest. 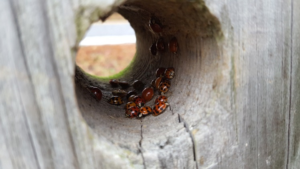 Next month’s Contest is now open.  Please post your entries for the March 2018 Photo of the Month Contest forum.

March 10, 2018 – Over 24 geocachers descended upon the Thomas Jefferson Library to attend a class titled Let’s take a cachetur.  Cachetur.no is the hottest new geocaching application around that lets you plan private trips, group trips and public trips that are open for all.  Current NoVAGO President Platoaddict was the mastermind behind this class came prepared with slides and some cool cachetur.co swag for the attendees.  While developing this class the developers of cachetur.no reached out to NoVAGO and offered to help in anyway they could.  Attendees seemed very pleased with the information from the class. 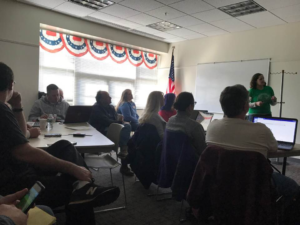 “I’m sure I would not have tackled this resource without your instruction.” said LMNLanchot “Now it’s time to play around and see if I can work it alone.”

Zgrav had this to say about the class “Thanks to the CO for a solid presentation with a lot of hands-on assistance and very useful answers to the many questions asked.”

“Great event and presentation.” said two000miler “Always good to have another tool in the tool chest for caching.”

For those who couldn’t attend you can download the 650MB PowerPoint Cachetur.no presentation here. 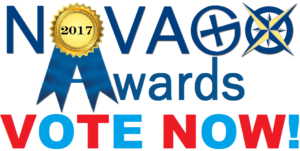 The NoVAGO Geocache Awards polls are now open to vote for your favorite geocaches, geocachers, and logs from 2017. Voting is open to all NoVAGO members and will be closed at midnight on NEW DATE APRIL 2nd.  Go to the NoVAGO’s 2017 Cache Awards — Voting for more information.

Congratulations to Nothereeiether for his winning photo titled “Finding more than caches!” of HooClass2002 and Cache Clown 76 finding a special made tree

just for them while on The Beaver Trail.  We also offer a big thank you to everybody who participated in the January 2018 photo of the month contest.

Next month’s Contest is now open.  Please post your entries for the February 2018 Photo of the Month Contest forum. 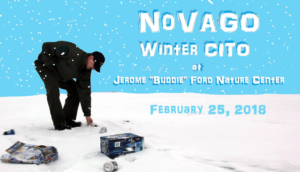 Join us February 25th, 2018 for NoVAGO’s Winter CITO as we help clean up the area around the Jerome “Buddie” Ford Nature Center.   This City of Alexandria nature center is located on a 50-acre park nestled along the Holmes Run Stream.  This center provides year-round programs, interactive exhibits, as well as taking care of over 30 live animals.

This event is being organized in coordination with Nature Center staff, and is designed to assist them in keeping this area clean and beautiful.

Awesnap at the head of the class. Photos by Effstop

On Saturday February 3, 2018 thirty geocachers piled into a classroom for Awesnap’s Planning a Geocaching Road Trip Class. Our new President, platoaddict , want’s 2018 to be the year NoVAGO host’s more educational events.  On the horizon there are plans to host classes on a variety of subjects including GSAK, puzzle solving, cachetur.no, earthcaching 101, and a basic cache page creation class.

JPWAVE wrote in his log “I learned quite a bit more than I expected!! Yeah, I may do things in my own fashion but it’s really nice to see other options and new webtools which may be more efficient. EXCELLENT class!! Really looking forward to using these tips on our next road trip!” 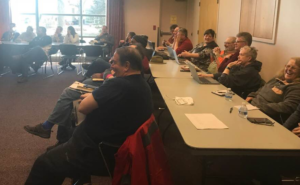 Ezio10 wrote “Learned quite a bit from the presentation, particularly the features from Project GC and a site I never I heard of before, cachetur.”

A few NoVAGO members who missed the class expressed interest in the seeing the power point so we have attached it here for you to download: Roadtrip Class Power Point

Congratulations to all of the 2017 NoVAGO Cache Award nominees!  To see a complete list of nominated cachers and caches please go to NoVAGO’s 2017 Cache Awards — Nominees.  This year a record breaking 28 cachers nominated 624 the best geocaches, logs, and geocachers of Northern Virginia from 2017. 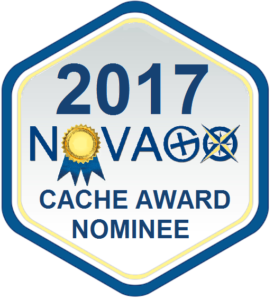 Voting will take place in late March and the winners will be announce at the 2018 NoVAGO Spring Event (TBA).  Check back in the future as we update the information on this.  In the meantime we encourage all NoVAGO members to hunt down and find these caches before voting.

On a sad not there will not be a 2017 NoVAGO Nominations Bonus Cache, nor does it look like there will be anymore in the future.  The current challenge cache rules that Groundspeak place in 2017 prohibit challenge caches based on lists of geocaches.

Listed below are the caches and cachers nominated for awards for 2017. Thanks very much to those of you who took the time to send in nominations!

Winners will be announced at the 2018 NoVAGO Spring Event, May 6th. (There is not a bonus cache for finding nominated caches this year.)

Without further ado, here are the nominees: 👏

Best Theme/Series (three or more caches in a series or that share a common theme)
End of the Line by Awesnap (6 caches)
M.I.L.L. Race by Serrabou (5 caches)
CCT Challenge Caches by vpdj (48 caches)
Frog and Toad by CWillyPngn (4 caches)
TRIBUTES17 : Dork-o-Naut by ZippyFinn (3 caches)

Most Outstanding Location/Scenery
The Ghost Deer Tale by freddiecrs
Beast of Goose Creek? by hrothroc
TRIBUTES17 – Be the Reediologist by hooclass2002
Uncharted Island Inhabitant by Lostone_65
On Beyond Ridiculous by cachedude2006

Most Creative Cache
Blue Line by Awesnap
M.I.L.L. Race: Spaceship by Serrabou
Toad’s Missing Buttons by CWillyPngn
The Ghost Deer Tale by freddiecrs
The Day The World Went Away by Pengie123
Wilton Hill by SP4FUN
Dear Toad by CWillyPngn

Most Physically Challenging to Find
M.I.L.L. Race: Spaceship by Serrabou
M.I.L.L. Race: Barracks by Serrabou
TRIBUTES17: D3 : Supreme Dork of All Time & Space by ZippyFinn
The Ghost Deer Tale by freddiecrs
Just Hanging Around by Chamma

Best Camouflage
Wilton Hill by SP4FUN
Churchill Road Park III by M&R
The Day The World Went Away by Pengie123
Abandoned Hooes Road (FSf #2) by rlobecker
Inside the Outside by cacheus1a23
TMNT ROCKS! by nycjoyce & Taparent

Best Multi-Stage Cache
The Ghost Deer Tale by freddiecrs
Exhumed by lawnrescue911
Pohick Loop Interpretive Trail by Cache Clown 76
TRIBUTES17 – Be the Reediologist by hooclass2002
TRIBUTES17: The Royal Order of the Holy Wherigos by Ezio10 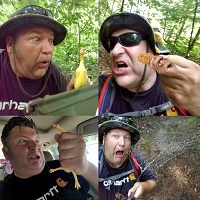 ACKKKK! ANOTHER SPIDER WEB!!! by Awesnap 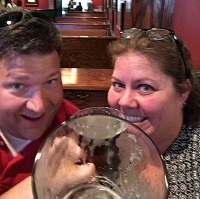 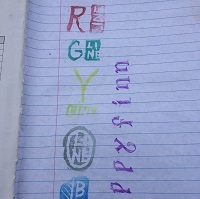 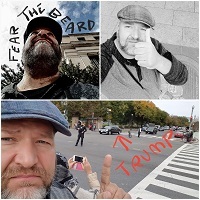 Hopped over the blue poo puddle by Awesnap 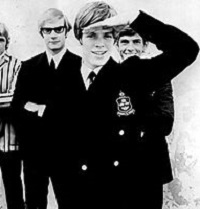 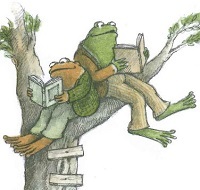 No one has ever sent me a text before by ZippyFinn 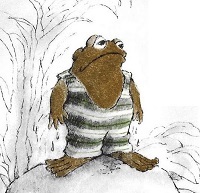 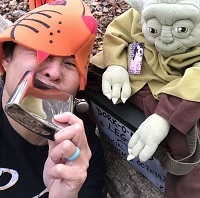 Cache of the Year
TRIBUTES17: D3 : Supreme Dork of All Time & Space by ZippyFinn
M.I.L.L. Race: Spaceship by Serrabou
The Ghost Deer Tale by freddiecrs
End of the Line by Awesnap
Frog and Toad Are Friends by CWillyPngn

Congratulations to all of the nominees! Cache owners of nominated caches, as well as nominated cachers and log-writers, can add this cool logo to their cache pages and/or profiles as they see fit: 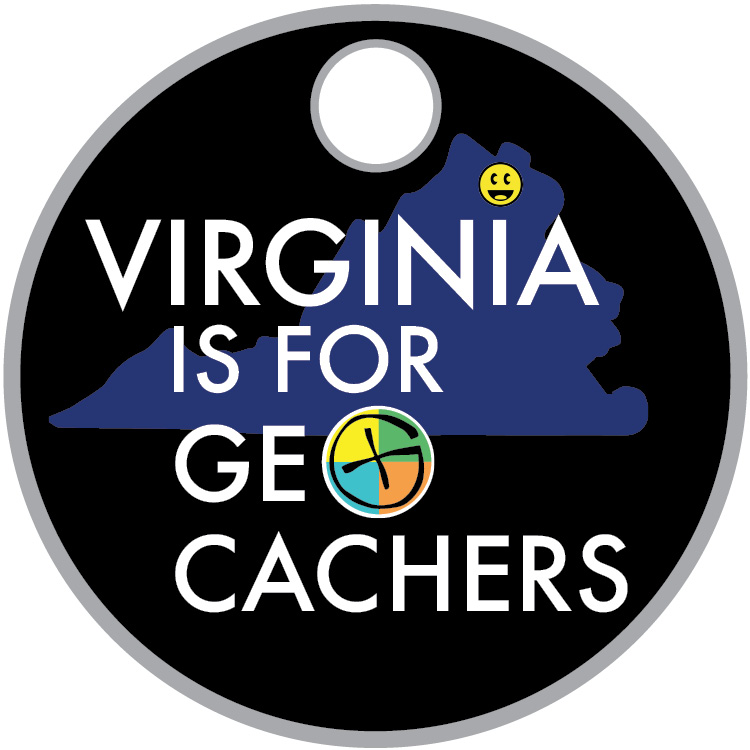