Listed below are the caches and cachers nominated by their peers for awards for 2019. Thanks very much to those of you who took the time to send in nominations!

Winners will be awarded at NoVAGO’s 2021 Spring Event.

Without further ado, here are the nominees:

Most Physically Challenging to Find
Stafford GeoHunt by Luv4VA
Woodland Park Neighborhood Cache by GriffinTamer88
Rocks, Locks, and a Box like Ft. Knox!  by T_N_C
Roo’s Rescue (Adventure Lab Bonus) by Serrabou
The Heron’s Spittoon by Serrabou
Counting on You: Field Trip by zgrav

Best Camouflage
Is It Real ? by TMustang1
Mohs nr. 7 by TheWanderesss
Spy Cache… Civil War Cipher by Jaxward
Are you a Fun Guy? by SmellTheRoses1229
There’s a Twist! by Thesharkjonas
Pirate Rings by VAPirate

Best Other (Wherigo, Letterbox, Event…)
OLYMPIAD2020: Bobsled by frumiousb
GeoQuarantine, the Heroes, and … by kiisikwa
The Reformatory by rlobecker
Animal Crossing: Hidden Pond Island by CWillyPngn
William Grayson, the second son of Prince William by freddiecrs

Best Log
“The container made me laugh out louse” by minnestrone
“What a cool rhythmic guy” by Zippyfinn
“Ode to the Beer” by Nothereeither
“How Minnestrone Got His Groove Back” by minnestrone
“Trading, stamping on sweaty limbs, much rejoicing” by Serrabou

In disguise on by QUE3NBE3

If you had x-ray vision… by Nothereeither

Congratulations to all of the nominees! Cache owners of nominated caches, as well as nominated cachers and log-writers, can add this cool logo to their cache pages and/or profiles as they see fit:

All the events and activities you enjoy throughout the year are the result of a very dedicated team, also known as your board! If you want to help give back to make NoVAGO even better, now is your opportunity. NoVAGO’s Officer Elections are fast approaching. Nominations will be open for the month of November followed by voting in December!
NoVAGO’s Officer Corps consists of these five positions:
You can find details about these positions in the NoVAGO By-laws. Nominations will close on December 5, 2020. Please ask the person you are nominating before you throw their name out!

The link below will take you to a PDF with some guidance.  Feel free to ask questions!

HOW TO PLAY LINK

NoVAGO is pleased to announce that a new series will begin on October 24th. 15 hiders will publish Olympic caches and cachers will be able to earn a medal for their country in several ways. But first, you need a country!

Country bibs (Greece / South Korea / Jamaica) will be distributed at the NoVAGO Fall Event on October 24th (https://coord.info/GC8JZYQ) with some satellite distribution points prior for those who can’t or don’t want to attend that event.

The first satellite distribution can be found here: https://coord.info/GC90T87

The second satellite distribution can be found here: https://coord.info/GC9057H

Geocaching HQ has also agreed to judge photos taken at each cache, but you gotta have a bib to win!

More details as we approach the Opening Ceremony!

Since our Annual Spring Picnic and Cache Awards Presentation had to be cancelled due to Virginia COVID-19 restrictions, NoVAGO wanted to do something special to announce the award winners online. Sneaky_Molly made a series of 18 award presentation videos that were released on Facebook.  The winners will still be given an award coin when group gathering restrictions lessen.  Contact NoVAGO President Nothereither to arrange meet ups to pick up your coins.

Most Creative Cache
In Memory of Dr Tooth A Magical-Mystery Bird House by robbitandpaul
Duck Hunt (Kid Friendly) by Morpheus1977
UNLACED: Rub sOMe BACON on I† by Serrabou
Anything for the Kids: Impromptu by topazfae

Most Physically Challenging to Find
Rocky Road by T_N_C

Best CITO (Cache In, Trash Out)
Yo Momma Says Clean Up Moore by Nothereeither 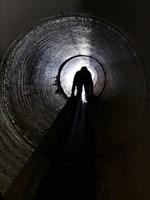 Light at the End of the Tunnel by TopazFae

Rookie of the Year
SuperGunta06

Cacher of the Year
CherokeeThree

Congratulations to all of the winners! Cache owners of winning caches, as well as winning cachers and log-writers, can add this cool logo to their cache pages and/or profiles as they see fit:

Missing the forums? Join our live discussion in slack

When a local cacher has a photo posted by HQ! #Rep

Ready for the next #geocaching souvenir? Are you a